Alan Keys: Stop Obama-messiah or “America as we know it will cease to exist”

If Obama is not stopped, “America as we know it will cease to exist.”

Alan Keyes, a 2008 presidential candidate who is also a plaintiff in one of the many lawsuits challenging Barack Obama’s constitutional eligibility to occupy the Oval Office, charged at a pro-life rally that unless Obama’s social and economic policies are stopped, the United States as we know it is over.

Keyes’ comments were part of an interview with a reporter from KHAS-TV at a fundraiser for the AAA Crisis Pregnancy Center in Hastings, Neb.

“Obama is a radical communist, and I think it is becoming clear. That is what I told people in Illinois and now everybody realizes it’s true,” said Keyes, who ran unsuccessfully against Obama for the state’s open Senate seat in 2004. “He is going to destroy this country, and we are either going to stop him or the United States of America is going to cease to exist.”

Keyes also reasserted his belief that unless the question of Obama’s eligibility to serve as president is answered definitively, America may face the startling crisis of an executive branch run by a “usurper.”

“Is he president of the United States?” Keyes asked the reporter of Obama. “According to the Constitution, in order to be eligible for president you have to be a natural born citizen. He has refused to provide proof.”

“I’m not sure he’s even president of the United States,” Keyes continued, “neither are many of our military people now who are now going to court to ask the question, ‘Do we have to obey a man who is not qualified under the constitution?’ We are in the midst of the greatest crisis this nation has ever seen, and if we don’t stop laughing about it and deal with it, we’re going to find ourselves in the midst of chaos, confusion and civil war.”

Keyes, who stated he refuses even to refer to Obama as president, labeled the man in the Oval Office as “somebody who is kind of an alleged usurper, who is alleged to be someone who is occupying that office without constitutional warrant to do so.”

He concluded the interview by railing against the president’s push for hundreds of billions of dollars in government economic stimulus spending.

“We are claiming that a bankrupt government can save a bankrupt banking system”, Keyes said. 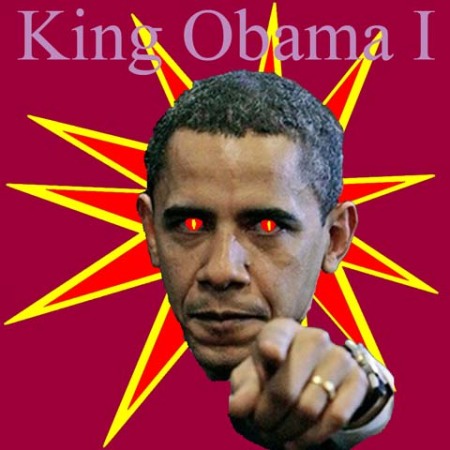 From the start I have not been one of those who have questioned the eligibility of the Obama-messiah to be President of the United States under the requirements of the U.S. Constitution.

That’s not because I have ever supported the man.  God forbid.  But instead, because I could not believe the Democrat party would be so inept as to spend millions of dollars running a man for the office who could later lose it on an eligibility issue.

But with the Supreme Court of the United States turning down every request to make the man-god clarify and verify his eligibility by proving his U.S. birth, and with the man-god bringing in high-powered lawyers to quash every attempt to make him prove his U.S. birth, I have truly begun to wonder if he was ever eligible to run for office in this nation, in the first place.

Rather than simply produce a legitimate birth certificate, or other proof of his U.S. citizenship, and let the matter be settled, the Obama-messiah has instead resorted to strong-arm tactics befitting a Mafia chieftan to stop those who want him to prove his eligibility.

Now, the Obama-messiah has turned his hired high-powered lawyers loose to threaten with monetary penalties Alan Keyes and others who have filed suit to force him to prove his eligibility for office, as required by the U.S. Constitution.

The Obama-messiah either believes he is too good to prove to the American people that he is Constitutionally eligible to be president.  Or he is simply ineligible, and is now pulling out all stops to make sure no one ever finds out.

Either way, eligible or not, he is simply not worthy of the office.  His actions to date prove it…in spades.  (No pun intended.)

As many of you know, I am party to one of the lawsuits seeking evidence that would help to establish, one way or the other, whether Obama in fact meets the U.S. Constitution’s eligibility requirements for the office of President of the United States.

To understand my view of the critical issues involved see the WND articles The End of the Constitutional Republic, and Obama, Oaths and the End of Constitutional Government.)

Now Obama’s lawyers have filed a motion to quash our effort to obtain the relevant documents (cf. Bob Unruh’s WND article Sanctions sought in eligibility case.) I am told that it includes a demand that monetary penalties be assessed against me and the other plaintiffs in the suit.

Though not unexpected, this motion confirms Obama’s ruthless determination to destroy anyone who continues to seek the information the Constitution requires.

Why should they demand penalties against citizens who are simply seeking the enforcement of the Supreme Law of the Land? It is simply because their persistence runs contrary to the will of a supposedly popular demagogue.

This smacks of tyrannical arrogance. That Obama thus signals his intent to bring financial ruin on those who won’t accept his cover-up of the circumstances of his birth is a tactical escalation. It confirms the common sense suspicion that he won’t act forthrightly in this matter because he has something to hide.